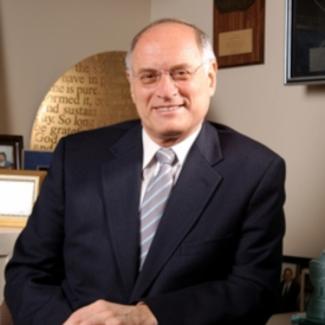 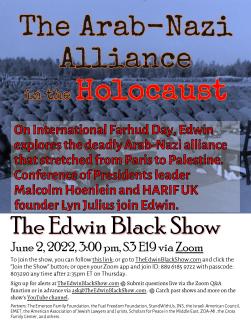 Farhud Day: The Arab-Nazi Alliance in the Holocaust 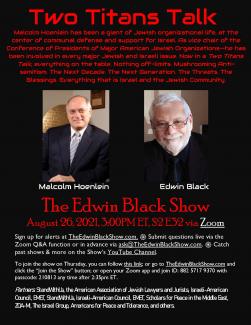 Malcolm Hoenlein has been a giant of Jewish organizational life, at the center of communal defense and support for Israel. As vice chair of the Conference of Presidents of Major American Jewish Organizations, he has been involved in every major Jewish and Israeli issue. Now, in a Two Titans Talk episode, everything is on the table. Nothing is off limits. Mushrooming Antisemitism. The Next Decade. The Next Generation. The Threats. The Blessings. Everything Israel and the Jewish Community. 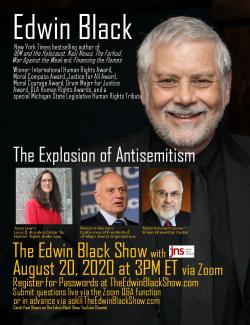 Openly anti-Semitic speech, damage to Jewish property, campus hate, and violence against Jews have been exploding across America. Prominent and chic figures have libeled Jews and the pro-Israel community with impunity, openly citing The Protocols of the Elders of Zion and virulent anti-Semite Louis Farrakhan. Jews are stigmatized daily without consequence. Just how bad is the threat to the Jewish community? Alyza Lewin, president of the Louis D. Brandeis Center for Human Rights Under Law, in Washington, DC, Rabbi Abraham Cooper, Associate Dean at the Simon Wiesenthal Center, and Malcolm Hoenlein, executive vice-chair of the Conference of Presidents of Major Jewish Organizations, join Edwin to explore in a turning-point episode jointly sponsored by JNS.