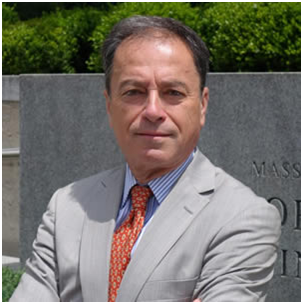 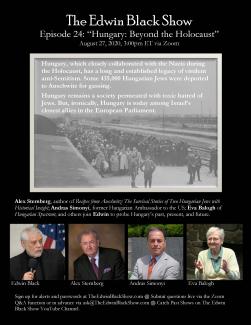 Hungary Beyond the Holocaust

“Hungary Beyond the Holocaust.” Hungary, which closely collaborated with the Nazis during the Holocaust, has a long and established legacy of virulent anti-Semitism. Some 435,000 Hungarian Jews were deported to Auschwitz for gassing. Hungary remains a society permeated with a toxic hatred of Jews. But, ironically, Hungary is today among Israel’s closest allies in the European Parliament. Alex Sternberg, author of Recipes from Auschwitz, Andras Simonyi, former Hungarian ambassador to the US, and Eva Balogh of Hungarian Spectrum, join Edwin to probe Hungary’s past, present, and future.