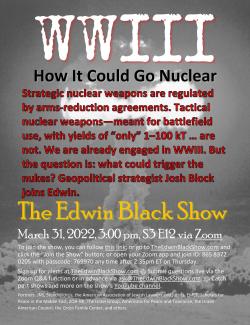 WWIII—How It Could Go Nuclear

Strategic nuclear weapons are regulated by arms reduction agreements. Tactical nuclear weapons—meant for battlefield use, with yields of “only” 1–100 kT … are not. We are already engaged in WWIII. But the question is: what could trigger the nukes? Geopolitical strategist Josh Block joins Edwin. 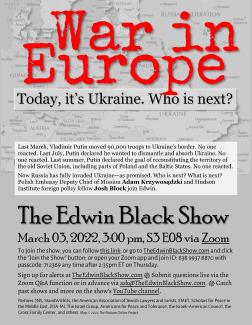 War in Europe—Ukraine today. Who Is next?

Who is next? What is next? Polish Embassy Deputy Chief of Mission Adam Krzywosądzki and Hudson Institute foreign policy fellow Josh Block join Edwin. 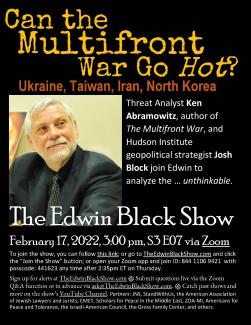 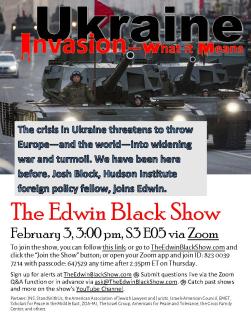 Ukraine Invasion—What it Would Mean

The crisis in Ukraine threatens to throw Europe—and the world—into widening war and turmoil. We have been here before. Josh Block, Hudson Institute foreign policy fellow, joins Edwin.

Please note: this episode was recorded on Feb 3, 2022, before Russia fully invaded.