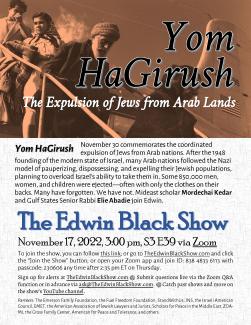 Yom HaGirush 2022: The Expulsion of Jews from Arab Lands

Yom HaGirush, November 30, commemorates the coordinated expulsion of Jews from Arab nations. After the 1948 founding of the modern state of Israel, most Arab nations followed the Nazi model of dispossessing and expelling their Jewish populations, planning to overload Israel’s ability to take them in. Some 850,000 men, women, and children were ejected—often with only the clothes on their backs. Many have forgotten. We have not. Mideast scholar Mordechai Kedar and Gulf States Senior Rabbi Elie Abadie join Edwin. 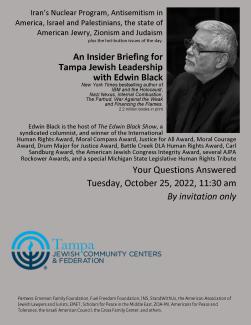 Edwin Black answers your questions about Iran’s Nuclear Program, Antisemitism in America, Israel and Palestinians, the state of American Jewry, Zionism and Judaism, plus the hot-button issues of the day. 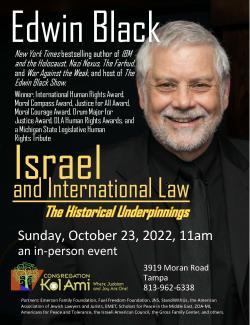 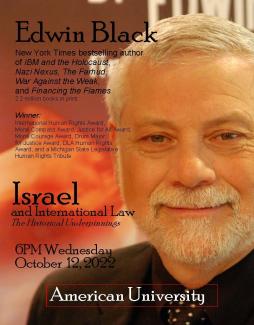 Edwin Black brings an in-depth presentation on the historical underpinnings of Israel to American University. 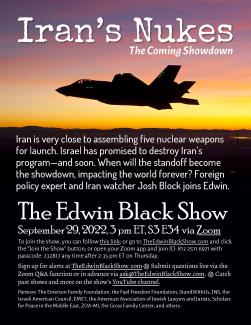 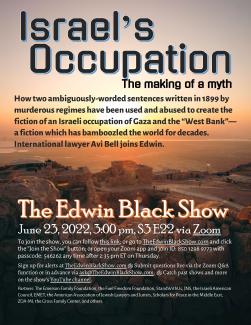 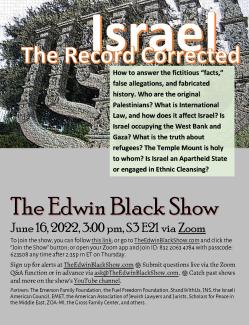 How to answer the fictitious “facts,” false allegations, and fabricated history. Who are the original Palestinians? What is International Law, and how does it affect Israel? Is Israel occupying the West Bank and Gaza? What is the truth about refugees? The Temple Mount is holy to whom? Is Israel an Apartheid State or engaged in Ethnic Cleansing? 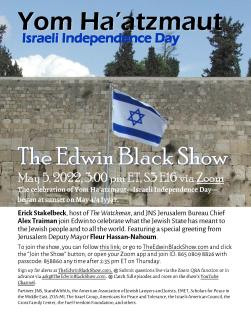 The observance of Yom Ha'atzmaut—Israeli Independence Day—began at sunset on May 4/4 Iyyar. Erick Stakelbeck, host of The Watchman, and JNS Jerusalem Bureau Chief Alex Traiman join Edwin to celebrate what the Jewish State has meant to the Jewish people and to all the world. Featuring special greetings from Jerusalem Deputy Mayor Fleur Hassan-Nahoum. 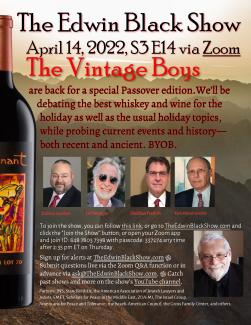 The Vintage Boys Are Back for Passover 2022

The Vintage Boys are back for a special Passover edition.We’ll be debating the best whiskey and wine for the holiday as well as the usual holiday topics, while probing current events and history—both recent and ancient. BYOB. Next year in Jerusalem! 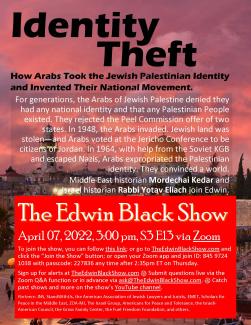