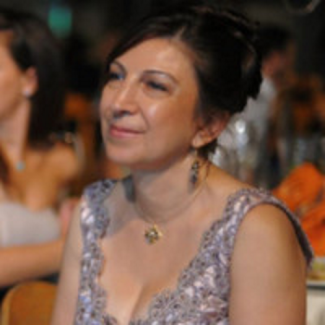 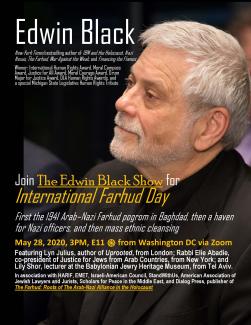 The Farhud—“violent dispossession”—was a bloody, citywide Arab-Nazi pogrom in Baghdad, June 1–2, 1941. June 1 was proclaimed as International Farhud Day in 2015 by Edwin Black and Jewish leaders at a live global event at UN Headquarters. Rabbi Elie Abadie in New York, co-president of Justice for Jews from Arab Countries, Lyn Julius in London, founder of the Association of Jews from the Middle East and North Africa, Lily Shor in Tel Aviv, of the Babylonian Jewry Heritage Center, and others join Edwin to explore the tragic events of those two days and the subsequent escape of major Nazi figures into the leadership and governments of neighboring Arab countries, thus creating the post-War Middle East.