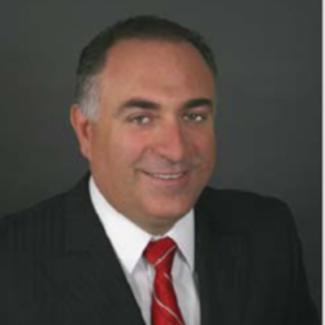 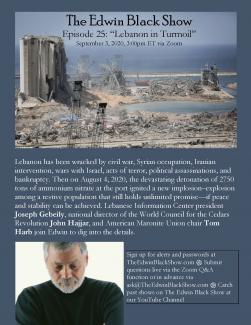 “Lebanon in Turmoil.” Lebanon has been wracked by civil war, Syrian occupation, Iranian intervention, wars with Israel, terrorism, political assassinations, and bankruptcy. Then, on August 4, 2020, the devastating detonation of 2750 tons of ammonium nitrate at the port ignited a new implosion–explosion among a restive population that still holds unlimited promise—if peace and stability can be achieved. Joseph Gebeily, president of the Lebanese Information Center, John Hajjar, national director of the World Council for the Cedars Revolution, Tom Harb, chair of the American Maronite Union, and other experts join Edwin to dig into the details.