The Durham Investigation—Beneath the Headlines 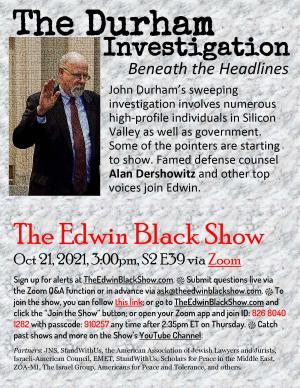 The second indictment, that of Hilary Clinton's senior election attorney Michael Sussman prompted a vast reassessment of. It demonstarted the extent to which Clinton operatives allegedly went to create a fake narrative of a Donald Trump server in communication with Russian bank servers. Read it here
https://www.cbsnews.com/news/durham-report-probe-michael-sussmann-attorney-clinton-campaign/. Experts suggests this investigation will lead to Hillary Clinton's inner circle.

The third indictment, that of Hillary's Clinton's Russian operative Igor Danchenko, a prime contributor to the Steele Dossier, shows the extent to which Democrats allegedly went to create a false narrative about Trump and Russia when it was actually the opposite--the Clinton campaign was colluding with Russians. Experts say this latest development leads even further toward to Hillary Clinton's inner circle. The Washington Post has suggested these new revelations call into question earlier coverage of the Russia Hoax. Many more indictments are expected. Read stories
https://www.foxnews.com/politics/fbi-arrests-steele-dossier-sub-source-durham-investigation and https://thehill.com/opinion/judiciary/580391-durhams-latest-indictment-more-lines-drawn-to-clintons-campaign

Indicted Clinton operative Igor Danchenko had close ties to Clinton's main connection to Russian leadership, Charles Dolan. In a multimillion dollar contract, Dolan's pr firm, Ketchum, had been hired by the Kremlin to promote Russian interests internationally. This tends to solidify the charge that it was the Clinton and the Democrats—not Trump—who colluded extensively with Russians during the election.

November 18, 2018
In his November 18 pre-monologue, Edwin Black stated: “It has now become clear that senior Hillary Clinton and Democrat Party operatives conspired to fabricate and plant evidence about faked connections between Trump and Russia. It appears this scheme was set in motion to provoke an FBI investigation to generate headlines that would distract from Clinton’s email controversy. Clinton’s election attorney Michael Sussman has already been indicted. Clinton’s dirty trickster, a Russian national named Igor Danchenko, has also been ignited.

Now we see new Durham scrutiny has focused on Clinton’s top election attorney Mark Elias, as well as her foreign policy advisor Jake Sullivan, now Biden’s National Security Council chief, plus Clinton’s key advertising man and direct connection to the Kremlin Charles Dolan, plus Indiana University computer scientists and Brookings Institution figures. What’s more, we now we see new focus on Brookings Institution expert Fiona Hill, the briefly famous White House advisor on Ukraine who testified in the Donald Trump impeachment arising from Ukraine controversy. Hill apparently connected Danchenko to British ex-spy Christopher Steele who created the phony dossier. The Washington Post has already issued numerous major corrections and retractions going back two years on its Russia Hoax stories. The mainstream media is not reporting this, but in the coming months, it is expected another two dozen major indictments or plea arrangements may come to the fore as the investigation closed in on Hilary Clinton herself. As a result of these prosecutions, we see it was not Trump, but Democrats who were colluding with Russians—many of them—to influence the election. The Durham probe will be the biggest political investigation in the history of the United States and dwarf the third rate burglary known as “Watergate.”